Scientists hope tens of thousands of cases of heart failure could be prevented in the UK every year.

Inews reports that Ruby Elliot’s honest drawings and comics have won her hundreds of thousands of followers online. She explains why making them has been her salvation.

When I was growing up I had mental health problems to the point where I was hospitalised multiple times, and I was very isolated. I had depression and eating disorders and I missed out on a lot of secondary school.

When I was able to go to school, I hated art lessons and found them too prescriptive, even though I’d loved drawing at primary school – lots of silly things like sheep on skateboards. I found that when I was able to draw in my own time, I didn’t have to feel judgmental of
myself. I wasn’t concerned about getting it wrong, and it was a way to process feelings, as talking about what was going on was hard.

Now, I keep sketchbooks, so I’ll have one or two a month that I will draw in most days. And then when I look back, it’s a record of experiences and feelings, which I think can be really useful to work out what’s going on with me. With drawing, the page is literally yours to do with what you want, and that can be powerful.

In my drawings I try not to pathologise feelings, but to draw about emotions and psychological states in a way that’s just honest. I bring humour to it to bring some lightness into the dark. I also try not to sanitise it, either. I’m not presenting the most acceptable parts of being mentally ill.

That’s partly what’s so brilliant about comics and cartoons – the medium is very digestible, and I think it can take some of the sting, or the fear, out of any “difficult topic”. Once you start looking, there’s a there’s a real wealth of artists making work about all sorts of things, including mental health.

I left school without A-levels and I didn’t go on and study art, so I used the internet to get my work seen. Of course, with the internet
there are downsides too, and as someone who shares their work online, it’s easy to let your sense of self get tied up with the internet.

I’d advise anyone wanting to share their art about personal things online, to make sure you’re sharing enough with real people in your life as well, as that can be just as satisfying.

People often categorise themselves as bad or as good at art. It’s good to remember that drawing can be learnt, that it’s just mark
making and you don’t need to be a genius from the off. I’m very much in favour of drawing on anything you can find whenever you feel like it; Post It Notes, napkins, tablecloths. Drawing should be for everyone. 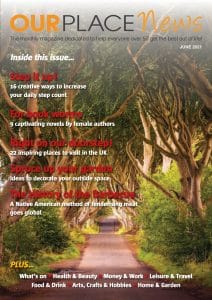